What should you do about the Measles outbreak?

A friend informed me of this today ... 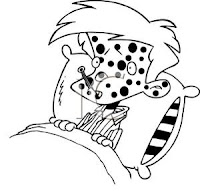 and since then, multiple patients have been coming in mentioning it.

There is a lot of misinformation about this and I want to give you some life-saving advice.

DON'T WORRY ABOUT IT.

I know you're concerned, but let me give you some facts and dispel some myths.

First of all, these outbreaks happen in vaccinated populations all the time.

This article even claims that current outbreaks in vaccinated and unvaccinated populations are equal to pre-vaccination days!

So for those of you blaming the moms who are choosing not to vaccinate, this is obviously NOT the reason.  In addition, if the vaccines work so well, your vaccinated child should be fine.  If you're doubting that this is the case, there's probably more to the story. 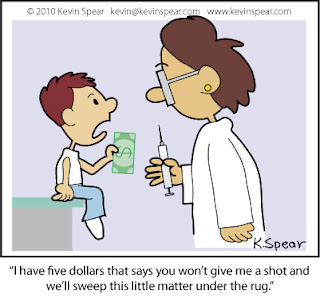 As a (W)holistic Chiropractor, I see kids who are vaccine-injured more than I'd like to admit.  As a matter of fact, as one who was raised on the salary of a pharmaceutical employee, I thought it was complete poppycock when I first heard people blaming vaccines for autism.  "VACCINES SAVE LIVES!" Right? Those crazy conspiracy theorists need to find a better hobby!

It wasn't until I was three months in practice, when I met my first vaccine-injured patient (MMR shot, in case you were wondering) who was actually getting a payout from the Vaccine Court, that I saw the light.  There was a special COURT for this????  And the government actually ADMITTED that she was hurt by the shot???  That really turned my world around.

Since then, I have met many more.  Most of them had their reaction after the MMR vaccine while others couldn't tell since many vaccines were given on the same appointment.

So leave the moms alone. They're choosing what they know to be the safest option for their children.

BUT PEOPLE ARE GETTING MEASLES!!

Obviously, if vaccinated kids are getting measles, the vaccine isn't protecting them.  Herd immunity has been blamed for this effect but this is only a widely accepted theory; not fact.  And in the case of herd immunity, the vaccinated children would be safe. It doesn't work the other way around.  There are no studies that I could locate citing proof of herd immunity, anyway; just a compilation of data... but we must remember that correlation does not equal causation and this compilation would suggest that these measles outbreaks would be highly unlikely due to said immunity, so again, something doesn't add up.

What is the medical world's response to these outbreaks? 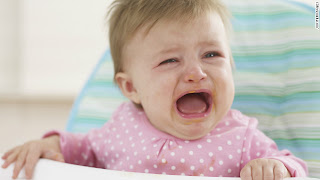 Because the 30 injections of formaldehyde, thimerosol (mercury), aluminum, and other toxic ingredients we've been injecting into these kids before they even started kindergarten weren't enough to keep them healthy.
Let's think about this.

30 or more doses of TOXINS injected into this tiny child's blood before they turn five years old.  30 or more doses of toxins into a 35 pound living creature. The EPA states that only 0.1 micrograms of mercury per kg of body weight per day is safe.  These kids are roughly 16kg.  And that doesn't even factor in the other ingredients.  There is also evidence that certain children may have a mitochondrial disorder making them specifically sensitive to these metals.
And this is supposed to make them healthier.

If something about that doesn't seem a little off to you, you MAY just be brainwashed by Big Pharma. I know I was.

What I think is remarkable about this particular study is that the conclusion is how necessary it is to vaccinate in highly populated households.  But what comes with a crowded dwelling?

And this brings me back to my life-saving advice.
The worst thing you can do right now is work yourself into a tizzy.

People get viruses all the time. And they don't get sick simply because they were exposed to something. Or because they went outside without a jacket. Or because they wore a wet bathing suit on a chilly evening.  Or because their hair was wet on a cold morning.  They get sick because they're STRESSED.  They aren't getting enough sleep.  They're overstimulated by tv's and other screen-based gadgets.  They're under-nourished, over-sugared, over-caffeinated, and their nervous system is fiercely trying to restore balance. Its last attempt is to knock them out for a while so their bodies get the rest they so desperately need!

So do yourself a favor, relax, eat a healthy meal, and get to bed early. This will all blow over shortly.  And if you've waited too long and end up with a sick day, your local (W)holistic chiropractor is here to help get you and your family's systems back in balance. 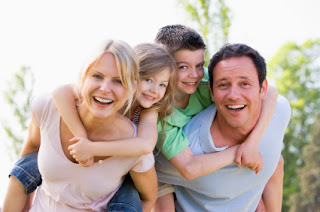