Where do I even begin?

When someone asked me to describe my experience, the only words that would come were, "How do you describe the sound of God speaking?"

At this point, I truly believe that I didn't just GO to Sivananda Ashram in the Bahamas; I was CALLED there. I suspect some parts of this story may be hard to believe and that some of you may think I am adding siginificance where there is none, but I will tell it as it happened, bare my soul, and let you think what you will.

It all began last November when I told my Acupuncturist, Shaomei Weingarten, that I needed a break from life. I wanted to go somewhere to recharge... a retreat center of sorts. I joked that I'd love to check myself into rehab for "exhaustion" like so many celebrities do. She mentioned Sivananda and said that a client had gone there and loved it.  I immediately went home and looked at flights to the Bahamas.

$1700!!! I balked at the price. It's a 3 hour flight! So I made the decision that the following Thanksgiving, I would go and get my plane ticket far in advance to avoid such an extreme expense.

And so it came to be.

The trip was filled with good omens from the start (which I, in my deep spiritual slumber, refused to recognize or acknowledge):  My flight was canceled, so I ended up with a better flight time and paying less. While waiting in the terminal to board my flight, I look to my right to see this adorable, chubby infant smiling at me. When I noticed her, she started happily giggling. And interestingly enough, this has been the first trip I have ever been enthusiastic enough about to actually pack DAYS in advance!

On the plane, I opted for a mindless comedy... after all, I am on vacation, right? What better time for brain candy? When the movie was over, I scrolled through my other options and the movie "I Origins" caught my attention. I started watching it out of boredom over anything else, but it couldn't have been more appropriate for someone on a spiritual quest of sorts.

The movie opened with a young researcher, who is fascinated by the human eye, having an instant connection with a girl at a costume party. She ran off, Cinderella-style, before he could get her name or contact info but he could not stop thinking about her or her unusual eyes.  One day he stopped into a 7Eleven to purchase a lottery ticket and a pack of cigarettes. The price came to $11.11. He happened to have exactly $11 in his wallet and 11 cents in his pocket.  He noticed that his ticket was purchased precisely at 11:11am on 11/11. He stepped outside the store, and the 11 bus pulled up. As a researcher and a scientist, he knew how unlikely it was to see so many elevens in a row, so he got on the bus. At one of the stops, a service dog started barking at him relentlessly so he got off. And there she was, her eyes, anyway, on a billboard, staring down at him. The story proceeds as he tracks her down, and they fall madly in love. It is an unlikely match. She is deeply spiritual and superstitious and he is a scientist who has set out to prove that God does not exist. They have multiple conversations about the existence of things unseen... and shortly after a tragic turn in the story, my plane landed.

I immediately decided I would watch the rest on my return flight.

I arrived in the Bahamas with 30mph winds that would not let up until I left. We shall refer to them as the winds of change... 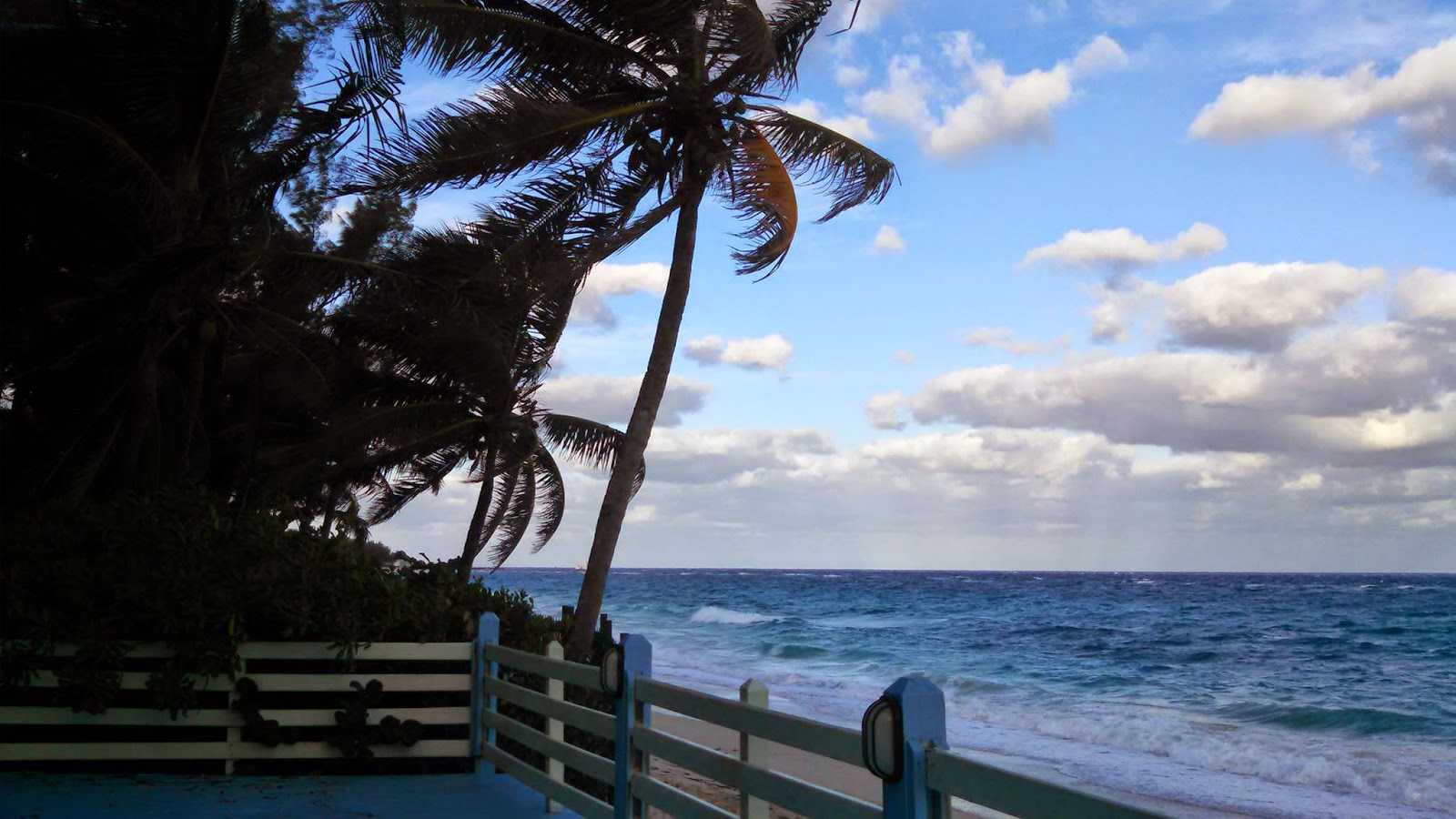